The Harbor Shelter Playground Service Project  idea began in the Spring of 2017. Harbor Shelter is a safe haven for victims of domestic violence, sexual assault, and families in transition. The Executive Director of the shelter, Katrusia “Kay” Johnson, also a member of Clayton Rotary Club, approached the our Club with the idea of a much-needed playground for the children who find refuge at the shelter with their mothers. Clayton Rotary Club enlisted the help of the other three clubs of Johnston County and together raised $8,000 along with a matching $8,000 grant from our Rotary District 7710 to build the playground.

Over two days in June 2018, members of the clubs surveyed and cleared the site, mapped out locations for the playground equipment, installed support posts,  assembled the equipment, and finally did the landscaping for the play area. 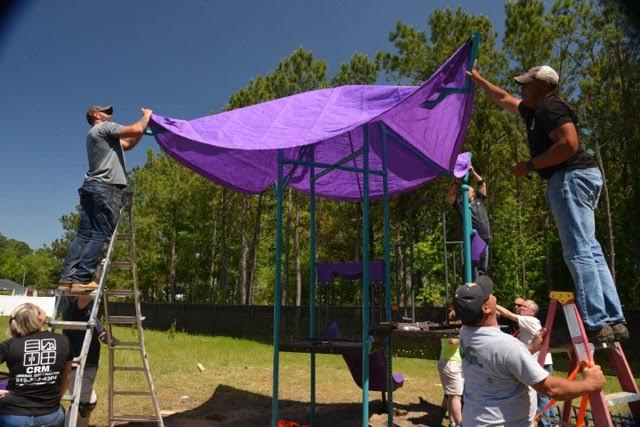